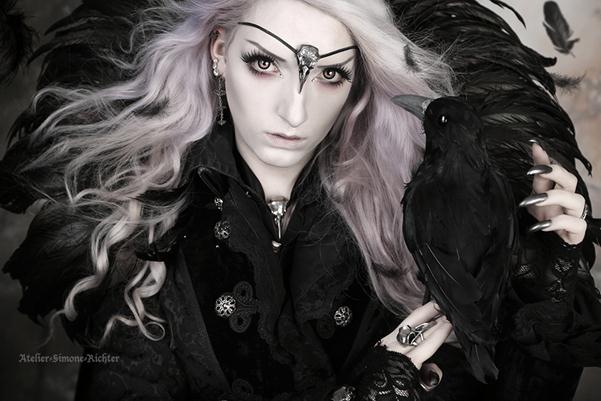 Fashion is one of the many outlets that we have today for personal expression. When it comes to fashion styles, alternative fashion is mainly associated with subcultures such as gothic fashion, grunge, street, punk, hipster and steampunk looks. Although alternative fashion is made up of several different genres, each style represents looks that once or currently stood apart from the mainstream and turned its back on commercial fashion trends. Members of alternative fashion subcultures have often been known to share a common disinterest in common norms and values, mass production, and restrictions on behaviour and personal expression, instead choosing to stand out from the crowd. These days, there are many different alternative fashion styles to choose from, although many have become more mainstream over the years. Here are just a few:

The Goth movement came to fashion during the 1970’s in England, where the early goth culture rose from the British rock scene. Over the decades, gothic fashion has quickly grown in popularity, appealing to individuals who prefer to go against the norms and enjoy quirky, unusual fashion types. Today, many types of gothic clothing are widely known and recognised, for example corsets and handkerchief hems. The gothic look is also commonly associated with dark colours, especially black. Today there are various subcultures of gothic fashion, and gothic styles are steadily making their way into mainstream fashion trends, with several options to buy gothic clothing online.

Hipster fashion has been growing in popularity recently as more and more people, specifically young adults, are saying no to following mainstream fashion trends. Hipsters aren’t just all about fashion; this is a lifestyle that rejects mainstream trends and instead looks for unique and different methods of doing things, whether that be watching independent movies, shopping for vintage clothing, or drinking artisan coffee. When it comes to clothing, the hipster look includes vintage finds, checks and florals, and oversized accessories – particularly glasses.

Steampunk fashion is not a defined look as such, but more of a personal expression of what the style means to the person who is wearing the clothing. In general, steampunk fashion tends to be a collaboration between Victorian-style fashion items with futuristic elements. The look itself is mainly about exploring new ways to reinvent yourself with engineering and a generous helping of imagination. Common fashion pieces include Victorian corsets, top hats, leather, bustle skirts, and unique features, such as hidden compartments or complicated additions to an outfit.

Although the punk look has been increasingly making its way into the mainstream in recent times, it’s still considered by many to be an alternative fashion style. In general, a typical punk-rock wardrobe will consist of the basics; fitted t-shirts, skinny jeans, and leather jackets make up the base of an outfit, before adding creativity and uniqueness with the accessories. Bright colours, studded jewellery, and checked scarves are just some of the most popular style choices when it comes to the punk style. Most of all, this fashion trend encourages the wearer to truly express themselves for who they are through their clothing.