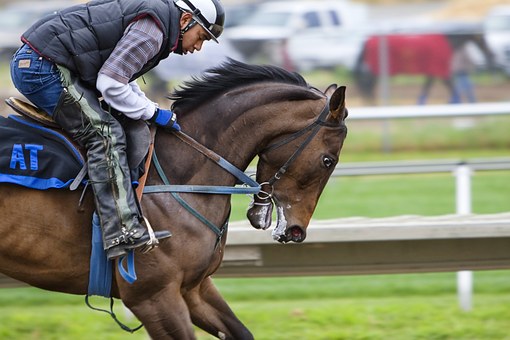 The Grand National is not the most prestigious of races. Aintree doesn’t have the glamour of Cheltenham or Royal Ascot. The race doesn’t offer the richest prize money. Nor does it attract the most impressively bred horses.

What it does offer, however, is the most thrilling and arduous sporting contest ever devised, hands down. This is what has made the race the true favourite of those who are able to appreciate the courage and athleticism required to win this epic steeplechase.

Of course we all know that the best part of any horse race is placing a bet on the horse you think is going to win, but the Grand National is somewhat unique in terms of just how erratically run it can be. For example, in 1952, five of the first ten horses over the line were paying 100/1 (the winner, unfortunately, paid the much less generous odds of 100/7). Just four years later, Devon Loch provided the performance that immortalised the racing career of Dick Francis, remembered not for winning many hundreds of races, but for losing this one.

Choosing the horse to back might be more of an art than a science, but hopefully in this article we’ll still be able to give you some guidance to help pick your Grand National winner at William Hill. There are no definite rules to this, because anything can happen in this race, but the past is often a helpful pointer to what may happen in the future.

On average, favourites tend to win at least one in every three races. Their record in the Grand National, on the other hand, is far away from average. Since the first running in 1839, favourites have won only 27 times out of 167 opportunities, which adds up to less than half the frequency favourites should be expected to win.

Mares are normally an even worse bet

Only 13 mares have won the Grand National, and the last one was in 1951. Only three of the winning mares raced during the 20th century. The gender of the jockey probably makes a lot less difference, though it could be worth noting that females have ridden in the Grand National 26 times since 1977, completing the race 10 times, and finishing in the money just once (2012, Katie Walsh on Seabass). These statistics may not be as meaningful as they appear, as comparatively few females compete.

Trainers based in England and Ireland get most of the winners

The French are renowned trainers of stayers and jumping horses, yet only two French trainers have won the Grand National, and none since 1867. Scotland and Wales each have one winner, while the Irish have had 16 winners. More than 150 of the other winners were trained in England.

Look for the safest horse