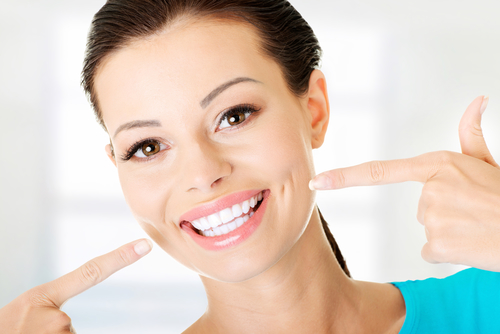 Cosmetic dentistry has changed the way we look at our teeth. Gone are the days of “ruining” our white smiles with ugly fillings, metal braces, and other important fixes. Now, anyone can have strong, white, healthy teeth without obvious repairs. An easy first step? Opting for attractive composite fillings.

Sumerian text from 5,000 BC documented “tooth worms” as the cause of oral decay. Before that, in 6,500 BC, tooth fillings were fashioned out of beeswax. It was until 1819 that amalgam fillings came into play, and they’ve proved effective ever since. But today, dental patients are fortunate to have a more appealing choice.

Dentistry is constantly adjusting and evolving. When materials outlive their usefulness or show signs of creating health issues, they’re replaced by stronger, safer, and more-effective materials.

What are amalgam fillings anyway?

Amalgams, the traditional metal fillings used for over a century, were developed in response to the need for a long-lasting and effective decay deterrent. Silvery amalgams contain an assortment of metals, including zinc, copper, nickel, tin, and even gold. Mercury, however, is the ingredient, often supplying more than 50 percent of the metal used per filling. Herein lies the problem. While mercury is considered the second-most toxic element after plutonium, the formulation used in dental offices is far less toxic, according to scientific research and the ADA.

Despite a reduced level of toxicity, the metal in amalgam fillings can break down and release toxins that cause allergic reactions or health issues. And, while patients are encouraged to replace their amalgam fillings every 10 years or so, many stand by the notion that their fillings are good for a lifetime. Even if you do get lucky with amalgam fillings that are structurally sound beyond their average 12-year life span, you can’t be sure that they’re not leaking dangerous toxins. Is it really worth the risk?

Tooth-colored fillings became popular in the 1990s and early 2000s. The materials used in these fillings were not as strong as metal, but they boasted obvious advantages – they blended in with the teeth! The composite materials, made of dental-grade resins, took longer to fit due to the color and material, but they didn’t contain the health dangers of amalgam fillings. Early composite fillings averaged a seven-year life span as opposed to amalgam’s 12 years.

Recent years, however, have brought improvements. The dental materials used in modern composite fillings are strong, comprised of a dental-grade silicon dioxide that is easily matched to tooth color. The result is a long-lasting dental solution that is far more aesthetically pleasing than silver or even gold fillings. And the strength of modern white fillings compares to metal – without any side effects.